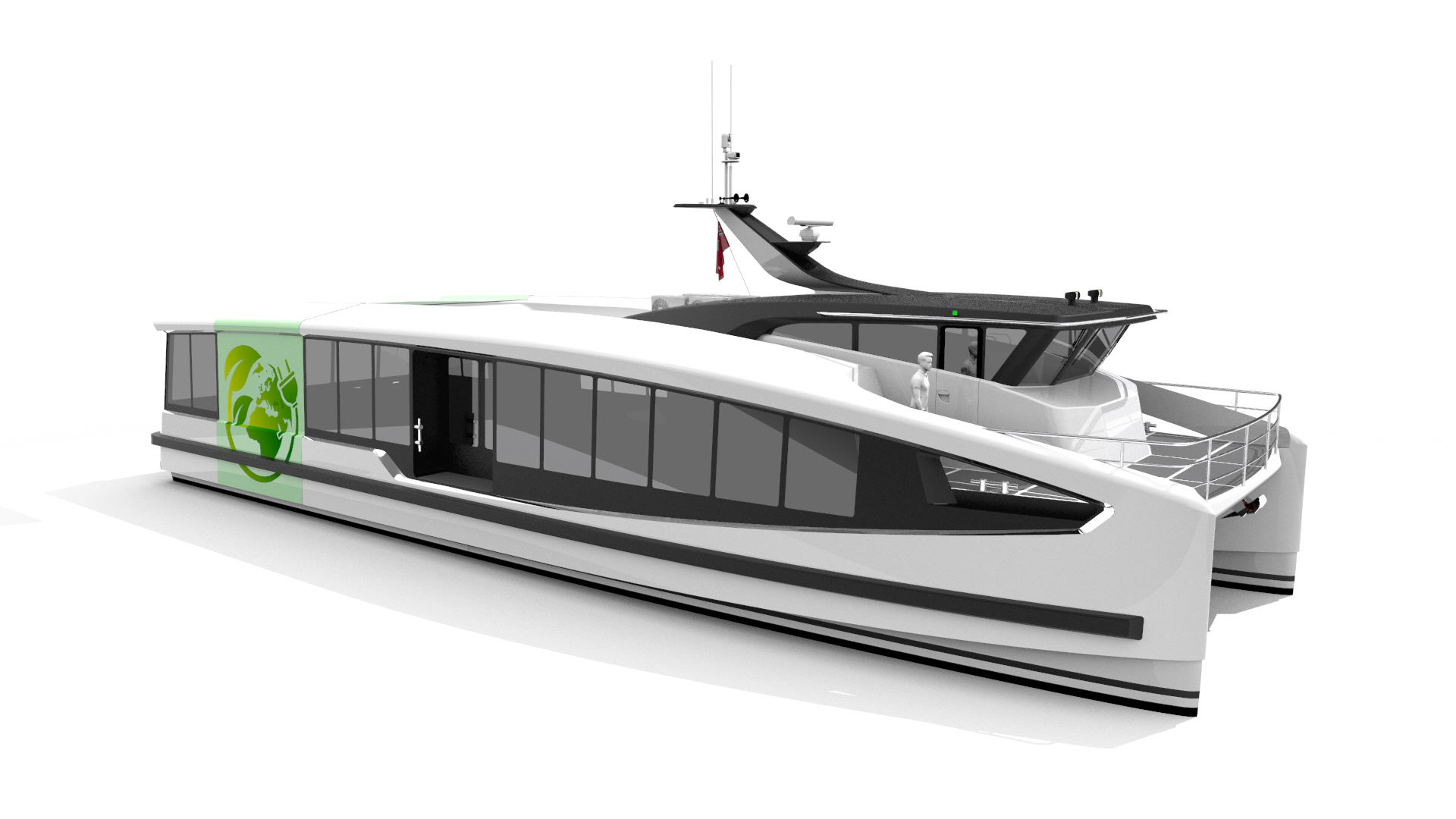 Derived directly from the feasibility study, this electric powered 24m is a design development of the 22m hull form in terms of the plumb bow for longer waterline length.  The adoption of carbon/foam construction reduces the displacement while the longer waterline length gives reduced displacement-length ratio and increased slenderness ratio – the result of which result is significantly lower resistance.

Aimed at an inner harbour route, where re-charging is possible at each end of the run, this 150 pax ferry will run at 25knots service speed for a 45minute transit and recharge for 13minutes each end during passenger embarkation. With over 7hours running at 10knots there is plenty of scope for other activities.

At the design stage we considered secondary roles as either a tourist boat for viewing the America’s Cup racing here in Auckland – by virtue of large glazing areas and clear lines of site; whale watching – where the near silent running would be a distinct advantage, or evening dinner cruises – as the modular seating arrangement would allow for rapid re-configuration.

As with the 18.5m, this ferry would be built from pre-infused carbon/foam panels, CNC cut to shapes defined from a 3D computer model, and assembled on-site for rapid construction that reduces labour hours and total build time.